Once again, Mnet’s “Queendom 2” was the most-talked about show of the week!

The popular idol competition show has successfully continued its reign at No. 1 on Good Data Corporation’s list of the non-drama TV shows that generated the most buzz over the past week. The company determines each week’s rankings by analyzing data from news articles, blog posts, online communities, videos, and social media posts about non-drama TV shows that are either currently airing or set to air soon.

Three of the groups competing on “Queendom 2” also made the top 10 on the list of this week’s most buzzworthy non-drama TV appearances. WJSN rose to No. 2 for the week, followed by Kep1er at No. 3 and VIVIZ at No. 9.

Meanwhile, (G)I-DLE’s Jeon Soyeon made the list at No. 5 for her guest appearance on MBC’s “Home Alone” (“I Live Alone”).

The top 10 non-drama TV shows that generated the most buzz for the third week of May are as follows: 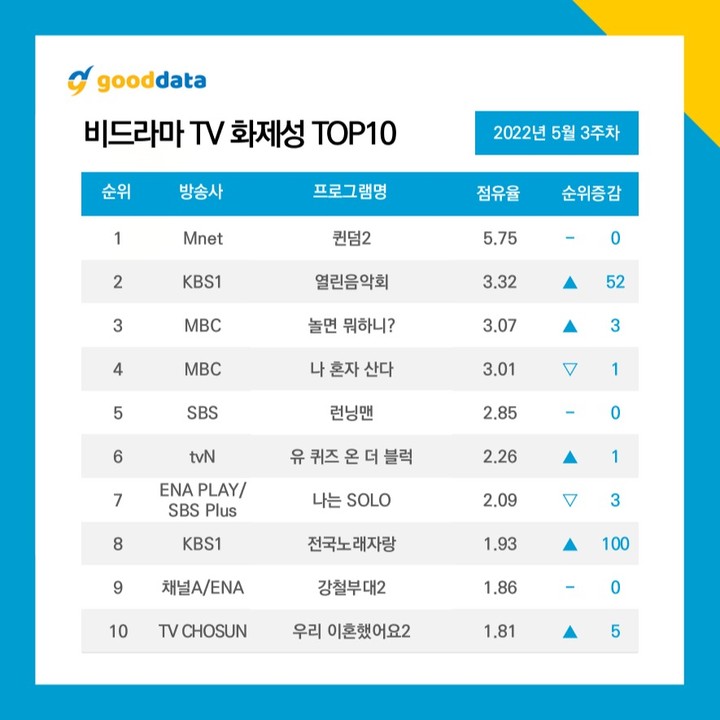 Meanwhile, the top 10 non-drama TV appearances that generated the most buzz this week are as follows: 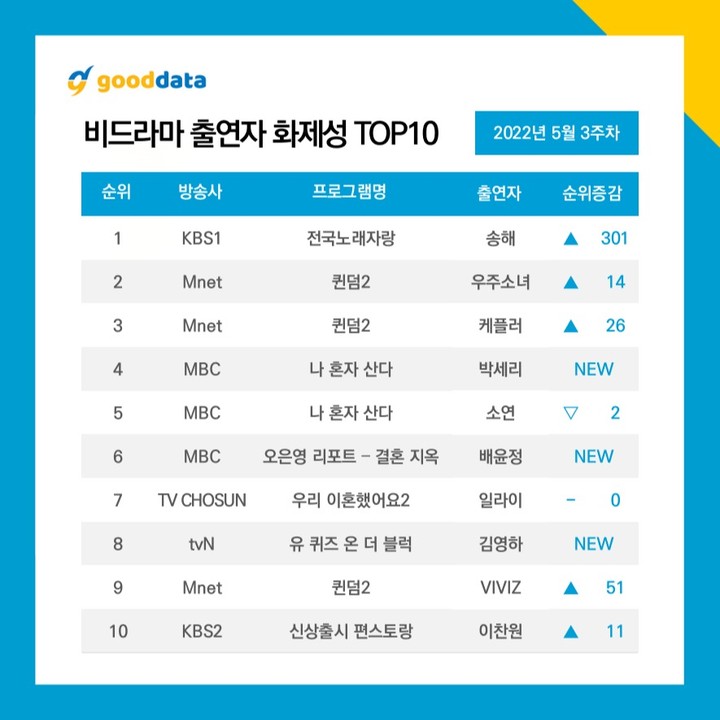 Thor: Love and Thunder will put Natalie Portman’s goofy humor on display. The fourth Thor film of the MCU will{...}

ANTIPOLO CITY – TNT Tropang Giga asserted its mastery as it claimed its second straight title in the Philippine Basketball{...}